In a new study, researchers from Columbia University Medical Center have found that a significant subset of patients with chronic fatigue syndrome has gastrointestinal symptoms and blood markers associated with non-celiac wheat sensitivity (NCWS). 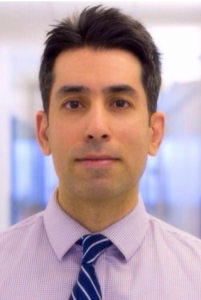 Extreme fatigue that does not improve with rest is the defining symptom of myalgic encephalomyelitis (ME), commonly known as chronic fatigue syndrome (CFS). However, many CFS sufferers also report intestinal symptoms and show immune system issues upon testing. The Columbia University researchers were curious to see whether some patients with CFS may have certain blood markers associated with NCWS, which might explain some of their corresponding symptoms.

Blood samples from 131 known CFS patients and 86 healthy controls were screened for the same markers identified in a previous study on NCWS. All study participants were also given a questionnaire to rate gastrointestinal symptom severity. Using these tools, 20 of the CFS patients were identified as having blood markers of NCWS, while only 4 control subjects had these markers, a significant difference between the two groups. There was also a strong relationship between the possibility of NCWS and high severity score on the gastrointestinal symptom questionnaire.

Armin Alaedini, PhD, the principal investigator of the study, says the findings suggest “there may be a subset of patients with chronic fatigue syndrome who have sensitivity to wheat and related cereals in the absence of celiac disease.” In fact, the associated sensitivity to wheat in these individuals might be relevant to some of their CFS symptoms, including fatigue and cognitive difficulties. Alaedini adds that “significant progress into understanding the mechanisms and causes of chronic fatigue syndrome may be made by characterizing patients into subsets based on clinical and biological data,” as done in his team’s study. Such an approach is likely needed for the identification of useful biomarkers and therapeutic targets for the condition. Treating practitioners should consider the relevance of gastrointestinal symptoms and food sensitivity, particularly NCWS, in the context of chronic fatigue.

Interested in contributing your medical information to advance research toward treatments and a cure for celiac disease? Add your data to iCureCeliac® today! Launched in February 2016, iCureCeliac® is a free online portal for patients, or their caregivers, to provide critical insights into life with celiac disease and non-celiac gluten sensitivity. Anonymized questionnaire data, completed by iCureCeliac® participants under informed consent, are made available to researchers and governmental policy analysts to advance life-changing initiatives.

Your participation will help create better diagnostic tools and treatments for cross-contact and gluten consumption, governmental policy changes, and access to new and innovative clinical trials nationwide which may, one day, cure celiac disease.