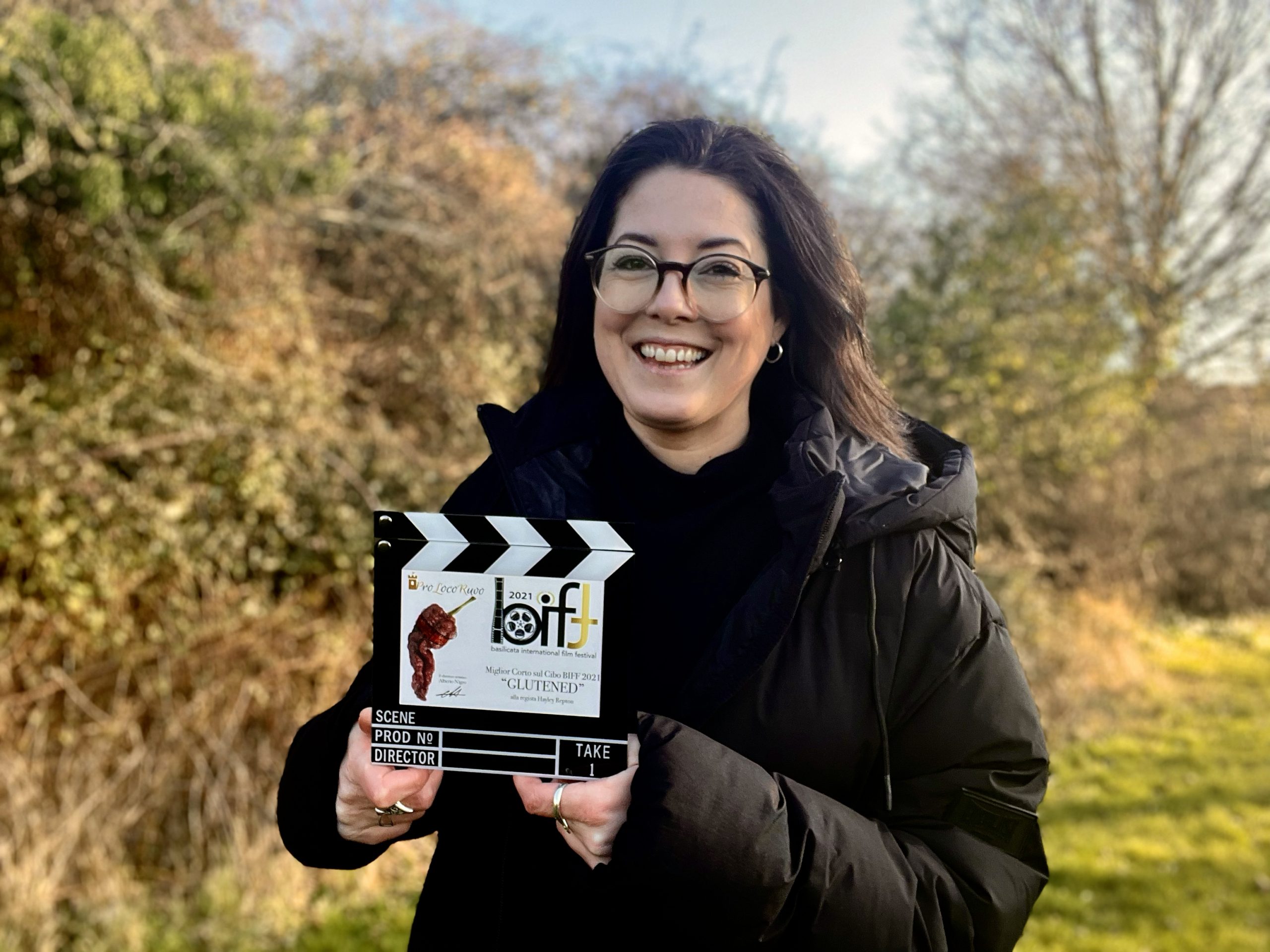 The Celiac Disease Foundation is committed to leading the fight for our patient community to finally have access to therapies adjunctive to the gluten-free diet. In July 2022, we launched a campaign across all our digital platforms to add more patients nationwide to our patient registry, iCureCeliac®, the single best patient-centered resource for celiac disease researchers in the world. The campaign featured a new and compelling short film, “Curing Celiac: A Short Story,” by filmmaker, Hayley Repton, that highlights the importance of participating in iCureCeliac®. In an interview with Hayley, she explains what inspired her to educate the world about this debilitating disease.

I was diagnosed in April 2019. I was quite surprised about this as I didn’t have the typical symptoms. I was fatigued so I went for a blood test and further tests confirmed that it was celiac disease. I feel so much healthier now that I follow a strict gluten-free diet.

I make films on subjects that I am passionate about or that I can relate to. It’s my way of communicating a message. I feel that there are a lot of misconceptions associated with celiac disease. After my diagnosis, I followed celiac disease support groups on social media. Many members were posting about their anxiety around social events. There were a lot of stories about people not taking them seriously, possibly because they’re not aware of the internal damage gluten causes. This fueled me to make a film called ‘Glutened,’ in 2020 with the aim of giving misunderstood people with celiac disease a stronger voice. Most of the content that I have seen focuses on the physical effects rather than the mental toll it can take.

I was humbled and inspired when the Celiac Disease Foundation came to me with a request to create a film that highlights the importance of celiac disease research. Patient participation in research is our best path toward treatments and a cure for celiac disease. I immediately got to work on this new short film, “Curing Celiac: A Short Story,” hoping to inspire the celiac community to do their part in advancing research through the Celiac Disease Foundation patient registry, iCureCeliac®, so we can realize our shared vision of living in a world free of celiac disease.

We have to pay attention to the little details, meticulously plan and put our trust in people that we do not know. Going out for meals or going to social gatherings, involving food can often bring anxiety to someone with celiac disease. We regularly find ourselves in difficult situations explaining our health condition to wait staff, strangers or work colleagues informing them that it isn’t a fad diet and that in fact failing to follow the diet carries health risks. People are generally becoming more aware as time goes on which is fantastic, but there is still a long way to go!

Supportive people, in my eyes understand celiac disease or have a willingness to learn about it. They take it seriously and do not draw negative attention to it. The ones that say “go grab your plate of food at the buffet first, before it gets cross contaminated” or those that buy a new butter and mark it “gluten-free” to avoid any cross contamination, or that pick a restaurant that they know is safe. It’s sometimes the little things that make you feel at ease. I feel very grateful to have supportive family, friends and colleagues which makes it all so much easier.

Hopefully, people can empathize with the child and parent in the film, and it encourages people to do their bit and contribute to finding a cure by sharing their experience through the Foundation’s iCureCeliac® patient registry. Advancing the development of better treatments isn’t a one-person job, it’s a group effort. The celiac disease community worldwide is such a strong one, one that is supportive of each other as we go through similar experiences and, I hope that one day, we will find a cure.