10 Things Every Gastroenterologist Should Know 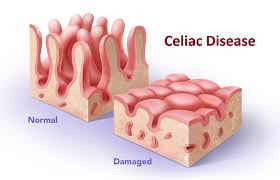 Gastroenterologists often play an important role in the diagnosis and treatment of celiac disease. The 2015 article, Celiac Disease: Ten Things Every Gastroenterologist Should Know, co-written by Joseph Murray, MD, member of Celiac Disease Foundation’s Medical Advisory Board, gives an outline of questions your gastroenterologist should feel comfortable answering and what you should be aware of as a patient.

The immunoglobulin A tissue transglutaminase (IgA TTG) is the single best serologic test to use for the detection of celiac disease for those older than two years of age who are consuming gluten and are not IgA deficient. IgG testing must be done for those who are IgA deficient.

While there are endoscopic markers for celiac disease including mucosal fold loss, mosaic pattern, and scalloping, biopsies should always be done to confirm the diagnosis.

Since celiac disease can be patchy, four biopsies should be taken from the second part of the duodenum, and two bulb biopsies taken at the 9 and 12-o’clock positions to assure that an adequate number of biopsies are done.

Due to the increased risk of having celiac disease, first-degree relatives should be tested, as well as symptomatic patients with type 1 diabetes mellitus and those with Down’s, Turner’s, and Williams’ syndromes.

Genetic testing is suggested for patients on a gluten-free diet to rule out the need for the patient to resume consuming gluten. In patients positive for HLA DQ2 or DQ8, a gluten challenge is recommended of 3 g of gluten daily for a minimum of two weeks for those intolerant to the challenge, and six weeks for those who tolerate the challenge well. A two-week challenge should be followed by serology testing and duodenal biopsy. A six-week challenge should be followed by serology testing at eight weeks, and duodenal biopsy if the serology is positive. If seronegative, serology testing should be repeated after 2-6 more weeks because there may be a delayed rise in the serologic titers.

All patients should follow a strict, lifelong gluten-free diet, eliminating wheat, rye, and barley. Patients should be counseled on the gluten-free diet by an expert dietitian, and a pharmacist should review all medications and supplements. Patients with severe malabsorption should eliminate oats for the first year, but may consume gluten-free oats in moderation thereafter, if they do not experience symptoms.

Patients with newly diagnosed celiac disease should have a complete blood count, ferritin, vitamin B12, folate, copper, zinc, calcium, and 25-hydroxy vitamin D checked. Parenteral vitamin B12 should be given with severe deficiency, neurologic features, or ongoing malabsorption. Bone density should be checked in adults.

Nonresponsive celiac disease (NRCD) is defined as a lack of response to six months on a gluten-free diet or recurrence of celiac-related features despite compliance. This is the case for 10-19% of celiac disease patients. Follow-up procedures should include retaking the original tests and checking for exposure to gluten. If all of these tests still point to celiac disease, another biopsy can be taken looking specifically for refractory celiac disease and microscopic colitis.

Refractory celiac disease (RCD) is characterized by villous atrophy due to malabsorption after 12 months on a gluten-free diet. Patients should be checked for malignant transformation as they have a high risk for lymphoma.