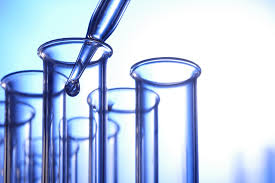 A new innovation from the biotechnology company Biomedal introduced a process to help monitor gluten intake for those attempting to adhere to a strict gluten-free diet (GFD). The test is sensitive enough to detect gluten consumed between four and six hours after consumption of gluten for up to two days after ingestion of a substance as small as a crumb of bread (50 mg of gluten). By using Gluten Immunogenic Peptides (GIPs) as a marker in one’s stool, this test is extremely sensitive and accurate. Referenced by Francisco Leon at CDF’s National Conference and Gluten-Free Expo, this new technology is at the forefront of innovation for gluten-free research.

When food that contains gluten is broken down during the digestive process, large proteins become smaller peptides and amino acids. GIPs are then modified in the gut of celiac disease patients and an autoimmune response occurs. This improper digestion of GIPs causes symptoms typical to those who have the disease. This primarily includes villus atrophy, or damaging or flattening of the villi in the small intestine. Unlike observing villus atrophy through an endoscopy, this test is an exact measurement of gluten consumed by gluten-free individuals, and could be useful for a variety of diseases.

More than half of those on a gluten-free diet continue to have the symptom of villus atrophy. The new test, iVYLISA GIP-S, attempts to reduce this high rate. Biomedal notes that those attempting to adhere to a GFD with celiac disease will benefit from new tests for three reasons:

In the United States, all technologies are still in clinical trials, while in some European countries, these tests are already available through regular laboratory analysis. These stool tests are known to be more sensitive than urine tests. Within the next few years, it is expected that stool tests will become available with collaborations by laboratory companies in the United States as well, soon followed by urine tests. To learn more visit: http://ivydal.biomedal.com/ for available information.