In 2016, the Celiac Disease Foundation created the Young Investigator Research Grant Award program in order to encourage the brightest minds in research to focus on finding treatments and a cure for celiac disease. This past May, the Celiac Disease Foundation announced the winners of its 2019 Young Investigator Research Grant Award. $145,650 was awarded to Benjamin Lebwohl, MD, MS, and $180,000 was awarded to Jocelyn Silvester, MD, PhD.

Dr. Benjamin Lebwohl is the Director of Clinical Research at The Celiac Disease Center at Columbia University and is the President-Elect of the Society for the Study of Celiac Disease (SSCD). He is a graduate of Harvard College, where he majored in music. He received his MD from Columbia College of Physicians and Surgeons in 2003, and then completed his internship, residency, and chief residency in internal medicine at Columbia. As a fellow in Digestive and Liver Disease, he also obtained a Masters in Patient Oriented Research from the Department of Biostatistics at the Mailman School of Public Health. He was a post-doctoral fellow in a National Cancer Institute-funded Training Program in Cancer-Related Population Sciences and joined the faculty of The Celiac Disease Center at Columbia University in 2010. 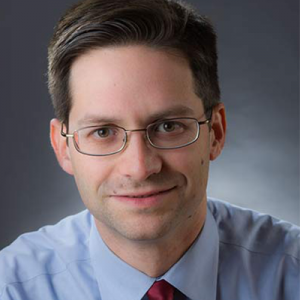 There is tremendous variability in patient outcomes for individuals diagnosed with celiac disease, even among patients who share similar symptomatic profiles prior to diagnosis. When diagnosed, patients are told to adhere to a strict gluten-free diet, which we know is exceptionally difficult and burdensome. Yet, even among those who adhere to the diet, some patients will live a high quality of life nearly symptom-free. Others may continue to experience symptoms, sometime debilitating, directly related to celiac disease, or be afflicted with celiac disease-related comorbidities like heart disease, osteoporosis, and cancer. Much of Dr. Benjamin Lebwohl’s work focuses on epidemiological research to try to understand variability in patient outcomes among celiac disease patients. His winning grant proposal for a Young Investigator Research Grant Award details two specific aims. Below are excerpts from his proposal that outlines him and his team’s objectives and rationale. 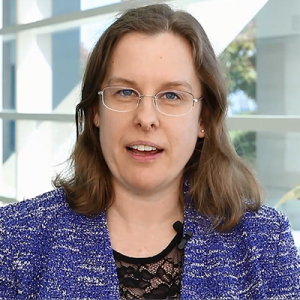 Dr. Jocelyn Silvester is an attending physician at Boston Children’s Hospital and an instructor of pediatrics at Harvard Medical School. Dr. Silvester chairs the North American Society for Pediatric Gastroenterology, Hepatology and Nutrition (NASPGHAN) Celiac Special Interest Group. She completed her PhD in Biology at the University of Cambridge, Cambridge, England, prior to receiving her MD from Dalhousie University in Halifax, Nova Scotia, Canada in 2008. Dr. Silvester completed her residency at the University of Manitoba in Winnipeg, Canada and her Fellowship in Gastroenterology, Hepatology and Nutrition at Boston Children’s Hospital. Dr. Silvester continues to work as a general pediatrician in remote regions of Northern Canada as well as at Boston Children’s Hospital.

Correct and timely diagnosis of celiac disease is a paramount issue for the celiac patient community. The average celiac patient in our iCureCeliac® patient registry reports that they experienced symptoms for 7.6 years and visited 3 or more healthcare practitioners before receiving a correct diagnosis. It is thought that delays in the diagnosis of celiac disease can have profound consequences for the patient. Even if a patient is lucky enough to find a physician who orders testing for celiac disease relatively soon after experiencing one or more of the hundreds of symptoms associated with celiac disease, the two current diagnostic tools – a blood test followed by endoscopy of intestinal villi – may confirm celiac disease too late for a gluten-free diet to mitigate long-term damage. Dr. Jocelyn Silvester and her team at Boston Children’s Hospital are proposing to evaluate a new diagnostic test that can identify celiac disease much earlier in the disease development arc than current diagnostic tests, does not need a gluten challenge nor an endoscopy to confirm, and is more accurate than the current blood test. In the grant, they describe their project’s overall goals:

This project has the promise to both fundamentally alter our understanding of celiac disease and to revolutionize key aspects of celiac disease management. Currently, serum celiac antibodies and small intestinal villous atrophy are used to define celiac disease. We hypothesize that these may be relatively late findings and celiac disease is better defined by the presence of gluten-reactive memory T cells which when (re)exposed to gluten have the capacity to initiate the immune reaction that culminates in the pathognomonic findings of small intestinal villous atrophy, crypt hyperplasia, intraepithelial lymphocytosis and development of tTg (tissue transglutaminase) antibodies.

More specifically, Dr. Silvester and her team will be using the Young Investigator Research Grant Award for the following aims:

We continue to invest in researchers like Dr. Lebwohl and Dr. Silvester because we believe their work has the ability to quickly improve the quality of life for celiac disease patients, and to meaningfully contribute to the search for treatments and a cure. We count on your investments in celiac disease to allow us to continue our work.