We are thrilled to be a charity partner in the 2019 TCS NYC Marathon on November 3! Team Gluten-Free runners from across the country will unite in New York to run the 26.2 miles with one common goal: to accelerate diagnosis, treatments, and a cure for the three million Americans affected by celiac disease. The money raised by Team Gluten-Free participants funds the Celiac Disease Foundation’s research, education, and advocacy programs. 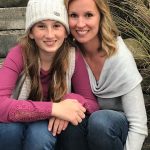 Michelle Potridge: I’m thrilled to have been chosen to run the TCS NYC Marathon to represent the Celiac Disease Foundation (and, let’s keep it real….I’m also terrified!) My 13 year old daughter, Mya was diagnosed last September with celiac disease. The last year has been a tough one for her, with multiple hospital stays and three different new medical diagnoses, including celiac disease. Celiac disease had never even been on our radar prior to her getting so sick last summer. Thank goodness her doctors knew enough to include it in her battery of tests, despite not having traditional GI symptoms. We’ve learned that celiac disease can present in many different ways, and we want to help spread awareness and early detection of the disease. Since Mya has been on a strict gluten-free diet, her body has healed in ways we could not have predicted. It’s taken a lot of work on her part, but we’re so lucky she’s been given the tools to continue to keep moving forward and take control of her health. As a mom, it’s incredibly difficult to see your kids struggle and not be able to fix whatever is wrong.  One of the things I can do, however, is run. And these 26.2 miles are dedicated to my girl, who reminds me everyday that WE CAN ALL DO HARD THINGS. Help Michelle reach her goal! 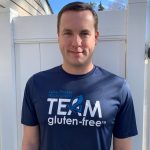 Charles “Smitty” Lavin: In 2014, after years of struggling with hospital stays, tests, needles and doctors – my son Teddy (then age 3) was diagnosed with celiac disease.  Shortly thereafter, I was shocked to get my own diagnosis and – with the great love, support, and effort of my wife Dayna – our family was reborn as a gluten-free one.  I joined up with CDF’s Team Gluten-Free that fall.  I ran the race of my life through New York City – a personal record into a driving wind.  That was my last marathon.  In February 2019, my son was ‘glutened’ (and hospitalized) on a family vacation.  I realized if this could happen in one of the most allergy-friendly places on earth, there is still so much we could do.  More I could do.  For awareness, and a cure, and all the GF kids and their futures.  So for all those reasons, and thanks to the Celiac Disease Foundation, here I am five years later.  And baby, you better believe – I’M BACK.  Back in the New York groove! Help Charles reach his goal! 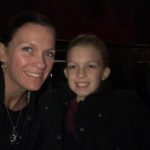 Julie Lemery: My daughter was diagnosed with celiac disease in January 2019 when she was 10 years old.  She has always been behind on the growth charts since birth, but both my husband and I developed late so we weren’t too concerned.  Just to be sure there wasn’t  anything else going on, however, we initiated some testing.  The celiac screen was one of the blood tests she was given, and we were surprised to find out she had celiac disease which was confirmed with an endoscopy.  We feel fortunate that it was identified before she had any other symptoms.  I was then subsequently diagnosed.  I have also been fortunate to not have symptoms (that I noticed) but am grateful I am now aware.  We are new on the gluten-free eating journey and learning as we go.  So, when this opportunity arose I was excited.  I have always been an avid runner and have completed 4 marathons, including the Boston during its 100th anniversary, among many other events, but it has been several years since my last one.  So, I can’t wait to have the chance to run in New York while doing it on behalf of an organization that is now very personal to our family. Help Julie reach her goal! 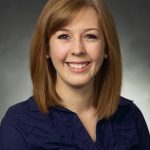 Whitney DeMille: I was diagnosed with celiac disease in March of 2016. At the time I was juggling a busy schedule. I was a month away from college graduation, studying for finals, completing an internship in addition to working in a lab, preparing for my dance ensemble’s summer dance tour, and interviewing for jobs across the country. I remember walking to a dance class when the gastroenterologist called to discuss the results of my blood test. I was shocked to hear that I had celiac disease. I cried in class when I realized that cupcakes were my own personal poison. Shortly after my diagnoses, and the day before leaving for my final college dance tour, I broke my foot during our final dance rehearsal. My body was weak as a result of celiac disease. Even my bones had been affected and now I couldn’t even dance. Celiac disease affected my life more than I knew was possible. After graduating, I moved across the country to North Carolina. I was blessed to live next to a beautiful, large park with running trails. This is where I taught myself how to run. Since then, I have enjoyed developing this new hobby and participating in events with my college friends. Fortunately, I have a bachelor’s degree in food science and a job where I work each day to develop products that are gluten-free.  I am grateful for food scientists who have developed gluten-free products that taste great and make living with celiac disease feel possible. I’m especially thankful for gluten-free cupcakes! I am running the NYC marathon for people like me. We can live happy, normal, gluten-free lives and still eat great tasting food even though we have celiac disease.  We can even run marathons! Help Whitney reach her goal! 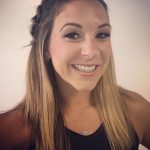 Marisa Forti: I was diagnosed with celiac disease in January 2017. While on a family vacation in Disney World, I thought I had food poisoning after eating fish tacos. Boy, was I wrong! It took 6 months to figure out what was going on with this crazy stomach of mine. Six months of  doctor appointments, trips to the ER, endless bloodwork, unexplained weight loss & weight gain, fatigue, and stomach pain. Oh yea, how about that extreme bloat and all those pregnancy tests I bought! At times, I looked 9 months pregnant. There was a colonoscopy, and last but not least, swallowing a camera! I’ll never forget the day the doctor told me, “YOU HAVE CELIAC DISEASE.” So, it’s that simple, avoid gluten?!? Well, it sounds simple, it’s just food, right? Well, how about everything else they forget to mention that could have gluten in it! Some lotions, toothpastes, & shampoos – just to name a few! There is the fear of cross contamination and the stress of eating outside of your kitchen! It hasn’t been an easy road, but that “road” has been the one thing that gets me through the days. The miles I can log, the pavement under my feet – it makes me feel free. I am so excited to be running with Team Gluten-Free and hope that the funds raised will help find a cure for this Disease.  Help Marisa reach her goal!